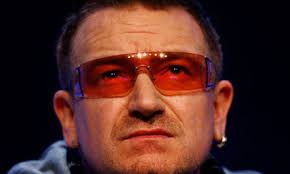 I have asked myself this question before but I’ve never really written about it. I thought this deserved a look.

With the recent death of Whitney Houston I was struck by what amounts to a truly insane reaction. People who never met her or got to see her perform weeping like their own mother died. You can flame me for this but it annoys me. A lot. 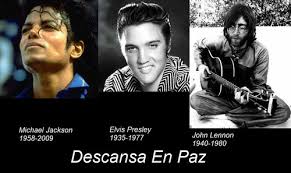 Whitney Houston was a great talent. But I definitely don’t lump her in the same category as Elvis, John Lennon or Michael Jackson. She burned bright and burned out. She hasn’t done anything of note in years. Being dead doesn’t make you a legend. It isn’t even a requirement.

So I started asking myself, as a U2 fan, how would I react if Bono died?

Would I cry? Would I run out and find a vigil to attend? Would I start my own…

I first learned how to sew as a child on my mom’s old treadle Singer (and wish that I knew where that machine is now!) and am now in love with my Berninas. While going to school, raising a family and enjoying two satisfying careers I continued developing my skills with all kinds of needlecrafts and eventually discovered the magic of quilting. Soon I began to stretch my imagination and creativity. This led to an interest in art quilting and I've been busy soaking up all kinds of techniques and adapting them to my creations. Now, I find myself on a journey to uncover, develop and to express the inner artist that I have so joyfully let loose. I have learned so many ways to create beauty in fiber and am eager to share this knowledge. I am in love with color - saturated vibrant color. I have also learned that there truly are no "quilt police" when it comes to one's personal expression of creativity; no right or wrong way. It just has to feel right and look right to you. it is all a voyage of discovery. I just can’t imagine doing anything else.” Several of my quilts, both traditional and art quilts have been displayed at Quilting in the Valley in Northridge, California, Lefferts Historic House and the Audubon Society in New York City. My work "Going Around in All the Best Circles" was juried into the Pacific International Quilt Show. I have shown in both local Fine Art Galleries and in Quilt Shows across the United States. I am the author of the blog: The Mystical Allure of All Things Fiber since 2007. In recent years I have uncovered a passion for writing - especially poetry - as well and have a lot of it on http://minervaspirit.com See: http://guilagreerart.com View all posts by Guila Greer

Please leave a comment - I'd love to hear what you think. Cancel reply